9 most common mistakes when growing peppers. 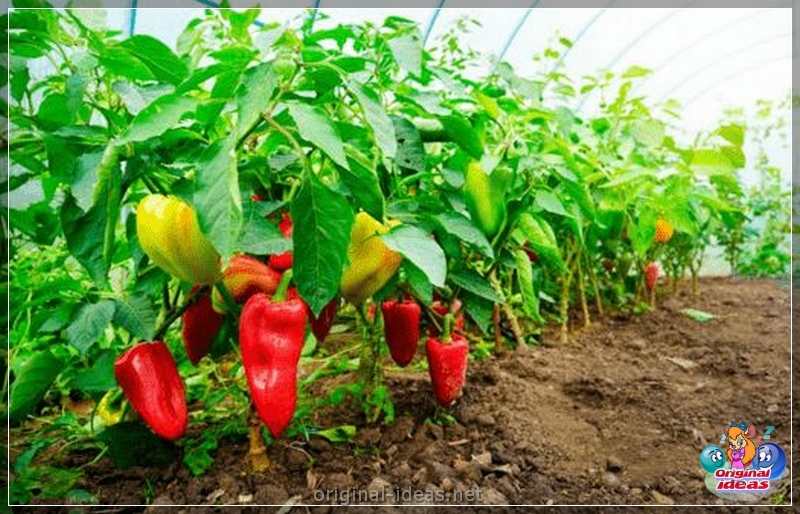 Many gardeners often do not manage to grow sweet large peppers, although they choose large-fruited varieties and adhere to agricultural cultivation techniques. What is the problem then? Let's figure it out, consider the most common mistakes when growing peppers.

Despite the diversity, most varieties of pepper are designed for warm regions, and only a small part is suitable for growing in open ground in the middle zone of Russia.

We remind you that all varieties and hybrids of pepper are divided into:

Many people, buying late varieties, believe that if they sow seeds in early March, they will get fruits in about mid-July, just by adding 135 days. However, in practice, in a cool climate, the ripening period can be greatly shifted: 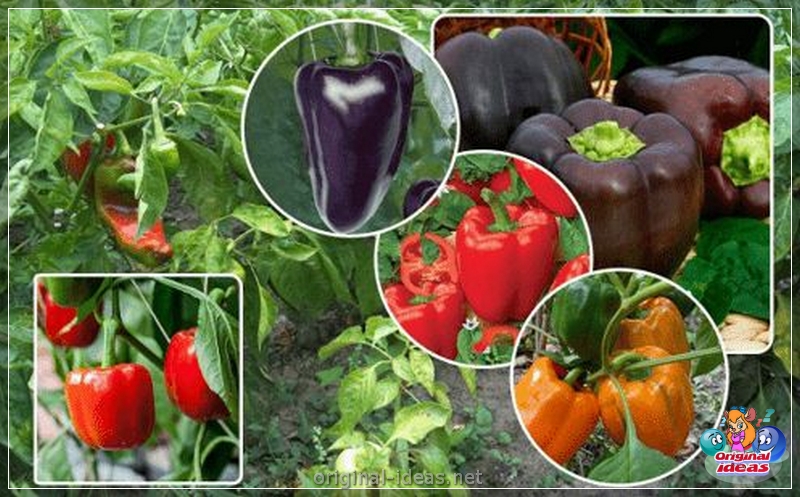 Thus, taking into account all these circumstances, harvesting may be moved from mid-July to September. Therefore, for growing in open ground in the Urals, in the Moscow region and other regions of the middle zone, only early and early varieties of peppers should be chosen. They will definitely have time to ripen by the end of summer. And mid-ripening and late varieties are better grown in a greenhouse.

Mistake No. 2 – the sowing date was violated, the seeds were not prepared

Seedlings should be sown in open ground at the age of 60 days, when the threat of return frosts has passed, and this happens sometime in early June. Thus, gardeners, counting 2 months ago, are sowing seeds at the end of March. This is precisely the mistake, because seeds can germinate for up to a month. Therefore, it is better to postpone the sowing dates to the beginning of spring.

In addition, the seeds should be prepared before sowing, especially if they are more than 3-4 years old. To saturate the seeds with useful substances, increase the rate of germination and germination, they are soaked in a solution of heteroauxin and any growth stimulator: (Bud, Zircon or Ovary).

Then the seeds are wrapped in a damp cloth and placed inside the bag, which is inflated, tied and placed on a substrate (for example, on a board), and the substrate on a battery. As soon as the seeds begin to germinate, they are sown in the soil.

Peppers, especially young ones, need heat. Therefore, it is very important that the seedlings are in a warm place with an air temperature of +25...+28 degrees. It often happens that pots with seedlings are placed on the windowsill, but it can blow from the windows. In this way, the crown will be warm, and the soil in the pot will be cold, due to which the roots of the peppers will not be able to get the required amount of moisture and nutrients. As a result, seedlings will lag behind in development and growth. 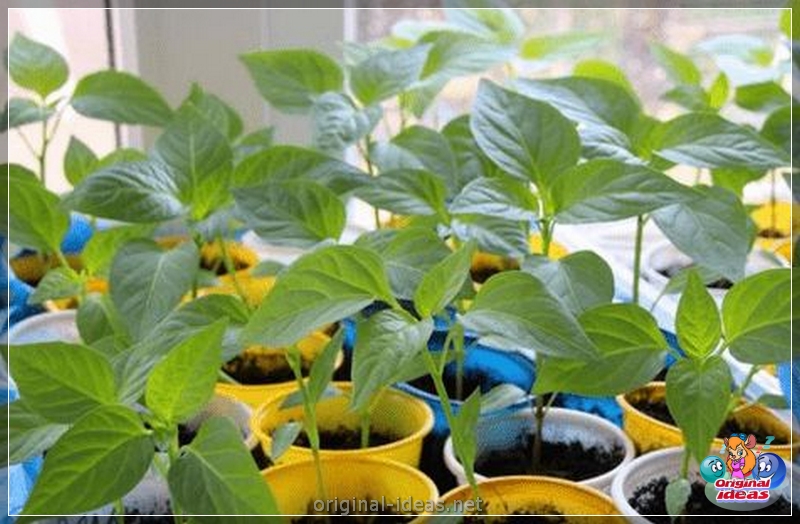 In the open ground, the issue of heat should also be approached responsibly. For example, if, according to the forecast, the night air temperature is expected to be around +14 degrees, then it is better to cover the peppers with non-woven material.

Peppers should be watered only with warm water heated in the sun.

Mistake No. 4 - seedlings were dived

As we said earlier, peppers do not tolerate transplantation well. If their roots are damaged, they will be sick for a long time, which significantly delays the ripening period of the fruits. Therefore, diving seedlings is not recommended. It is best to sow seeds immediately in peat pots or tablets. 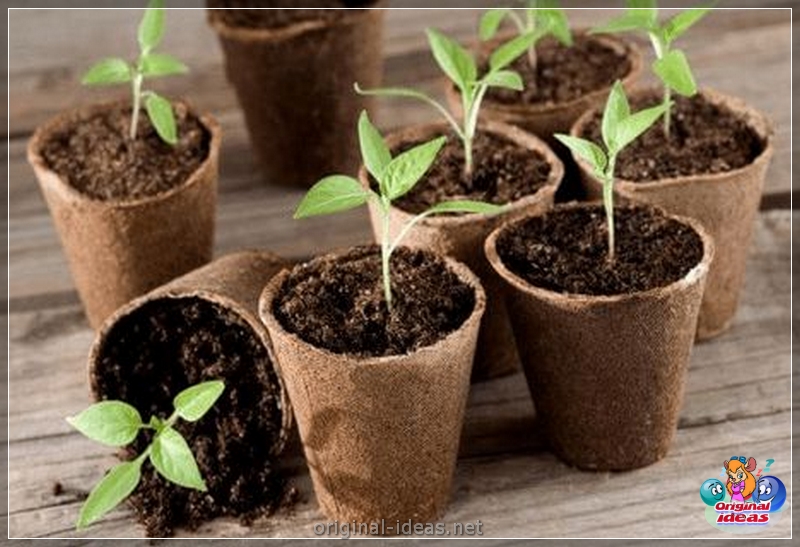 Mistake No. 5 – they chose an unfortunate place for landing

Peppers should never be planted in the shade or semi-shade. Peppers are a southern culture, they love warmth and sunshine. Therefore, choose a bright place for planting, on the south side.

You should also not plant peppers too close. The distance between plantings should be at least 25 cm, otherwise the peppers will shade each other.

Mistake #6 – peppers were planted too deep

When planting pepper in the soil, it is not necessary to deepen it, plant it in the same way as it grew in the pot. If you plant it too deep, it will not grow for a long time. 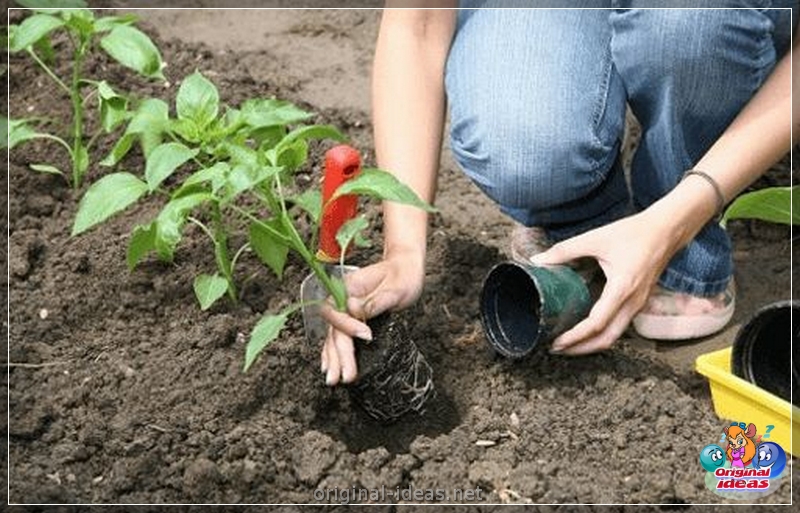 Mistake No. 7 – did not protect peppers from stress

It is very important for pepper that you provide comfortable conditions for it, it does not tolerate stress (drought, frost, waterlogging, etc.) and immediately drops flowers.

Mistake No. 8 - loosening the soil too deeply

When growing peppers, loosening the soil is a mandatory procedure, which is recommended to be carried out at least once every 2 weeks, but preferably every time after watering (the next day).

However, it is not worth loosening the soil deeply, because the roots of peppers are located close to the surface of the earth. Therefore, it is enough just to slightly break the soil crust. 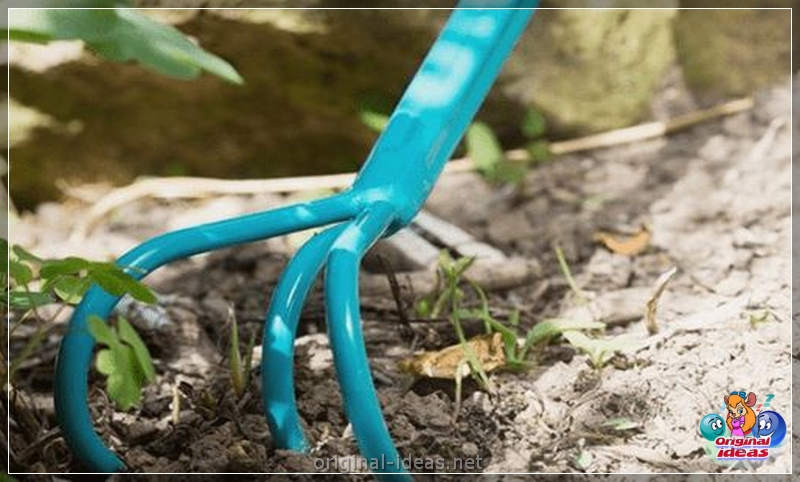 Mistake No. 9 – peppers were not fed enough

After a couple of weeks after planting, peppers need to be fed every 10 days.

An important point - do not fertilize peppers with fresh manure, it will make the fruits rotten. And so fertilizers can be any, the main thing is to strictly follow the instructions. 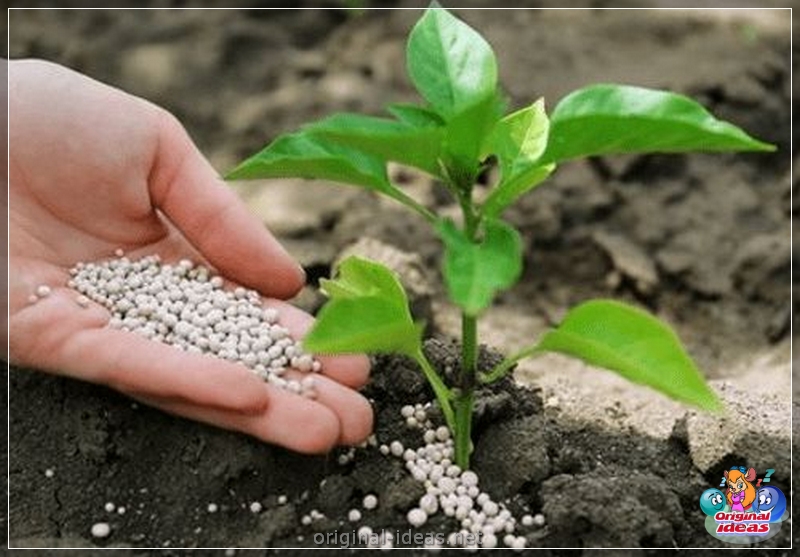 Try not to miss these mistakes and you will always have a harvest of delicious and sweet peppers!